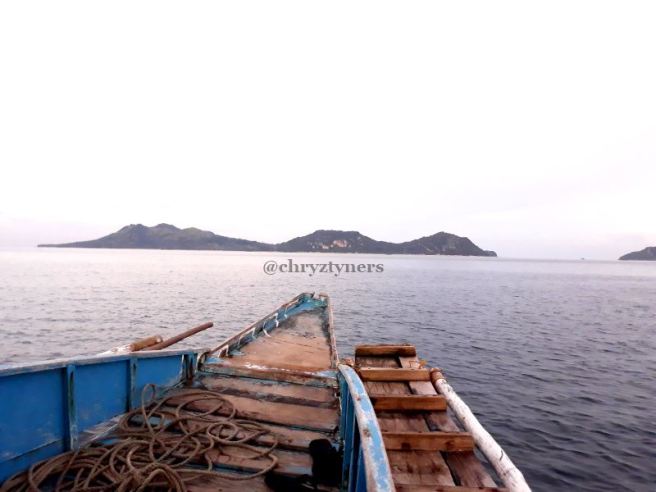 Again and as always, I’m sorry for not posting anything new for a couple of weeks.  Been so much busy with work and stuff, you know?  But here’s a travel post for you today.  It’s all about my trip to the wonderful and beautiful Gigantes Islands or Islas de Gigantes. For the locals there, they simply call it the “Islas”.

“Gigantes” is a Spanish word for giants.  Thus, it’s known as the remote islands of the giants somewhere in the Visayas region of the Philippines. I guess in the ancient days, it was known to be the islands of the giants. It was said that big coffins were found in the Islas a long time ago, which led people to believe that giants used to inhibit the Islas. Now whether there were indeed giants or not, we were not able to confirm though. Lol.

Located in the northern part of Iloilo, to get there from Manila, you can either fly through Iloilo, Roxas City, or Kalibo. I went there thru Roxas which means we also made some side trips in Roxas City, but more on that in another post. Whichever airport you choose to land, there’s always the need to go on a land trip of approximately 2 hours to reach Carles, Iloilo.  Carles is the jump off point to the Islas.

So what is there to see and experience in the Islas? Read on to find out…

We started our island hopping in the Islas with our first stop in Tangke Lagoon.  The boatmen advised to go early in the morning, while on high tide, so that the lagoon will be filled with water.  The surroundings were quite pretty and scenic, perfect for doing your photos. 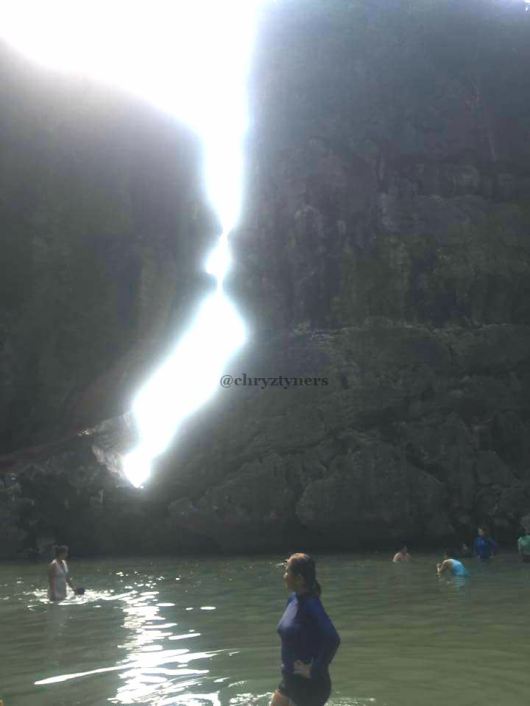 The rocky background was also the perfect backdrop to this shot. Can you see the rocks forming like lips of two people kissing? 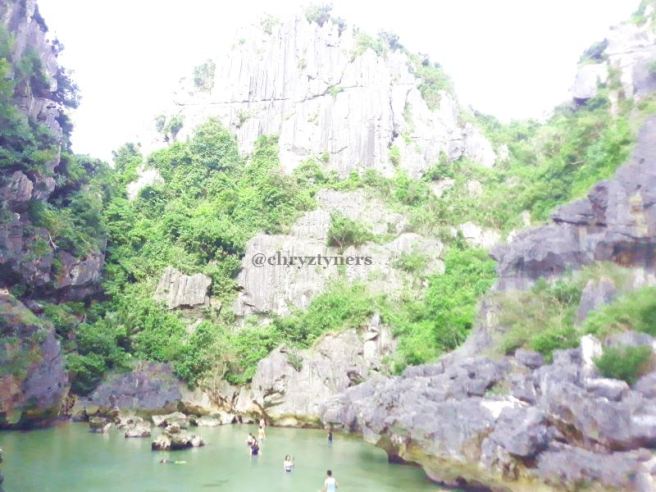 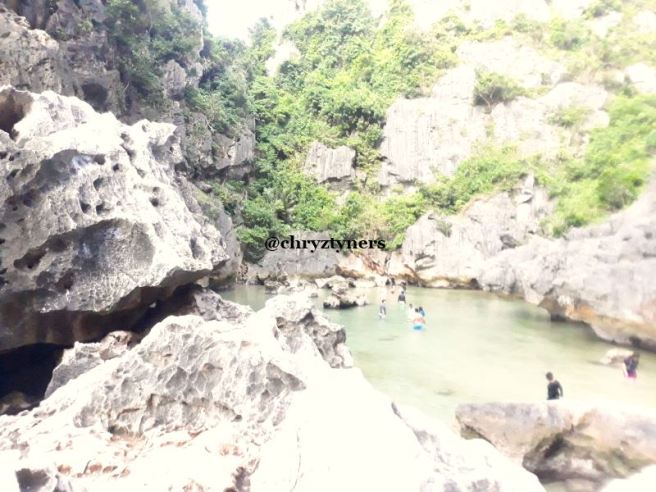 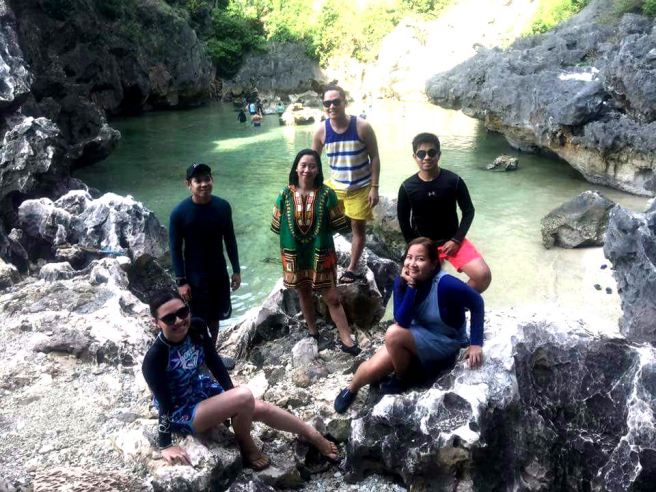 While the waters were a bit shallow when we get there, it was enough to see how the lagoon was supposed to look like. 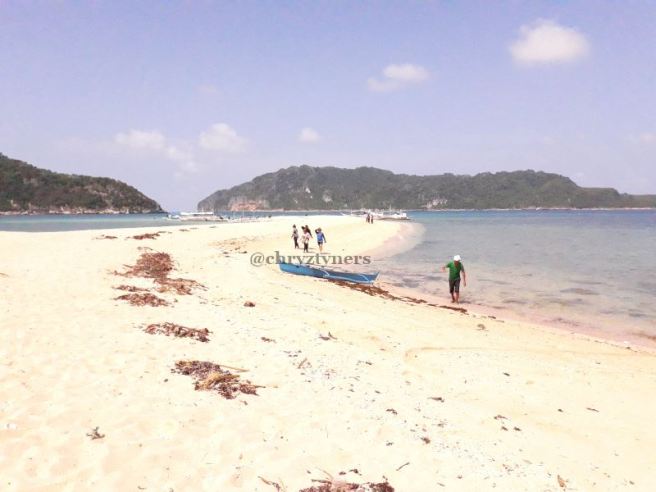 The famous sand bar in the Islas.  It’s also composed of fine white sand.  This is where we had our seafood lunch – you can order right when you get to the sand bar.  Usually, the food consists of whatever seafood is available. 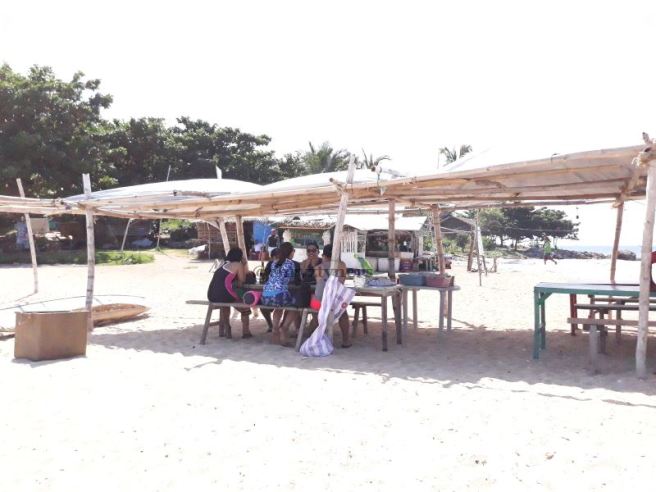 And you know what kinda seafood they have aside from the usual squid and fish? They have SCALLOPS! Lots and lots of scallops and for cheap, too! But let me explain on that in a little bit. 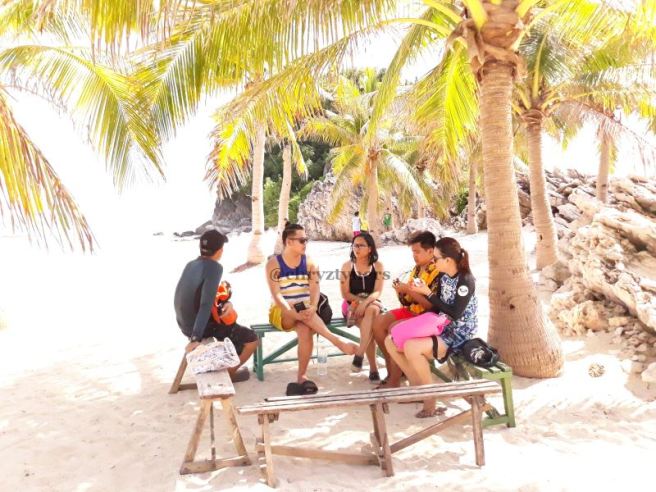 Antonia’s Beach is also white sand. It’s where you can do water sports or activities like banana boat rides, swimming, or snorkeling.  This was our last stop during the whole day island hopping, so we took our time hanging out here before going back to our resort. 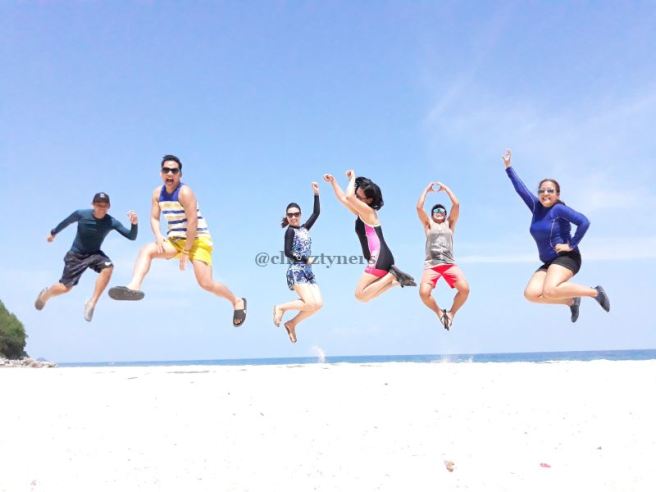 This is the small island where you can climb on top of a view deck to see the whole of it.  There’s also a resort here, but with only the basic stuff and accommodations – which means electricity also shuts off by night time.  But the good side of that, you have the whole island to yourselves. 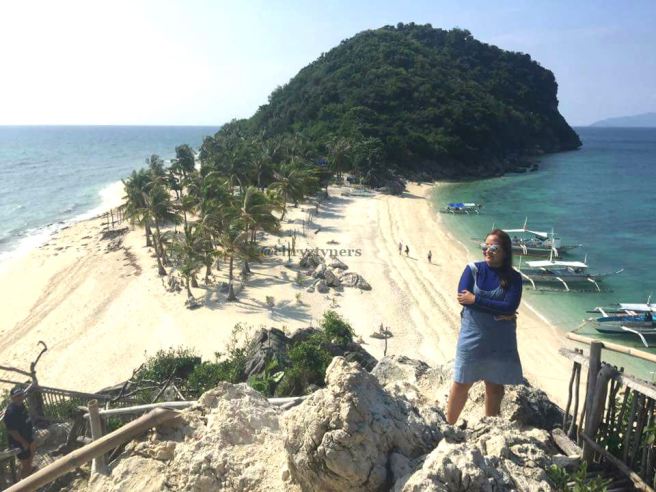 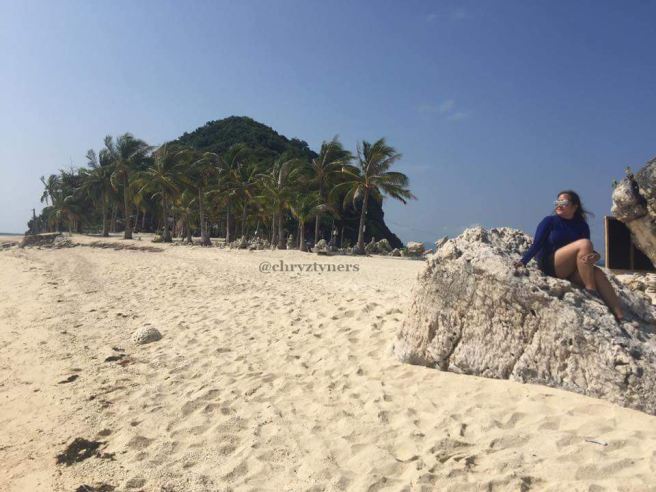 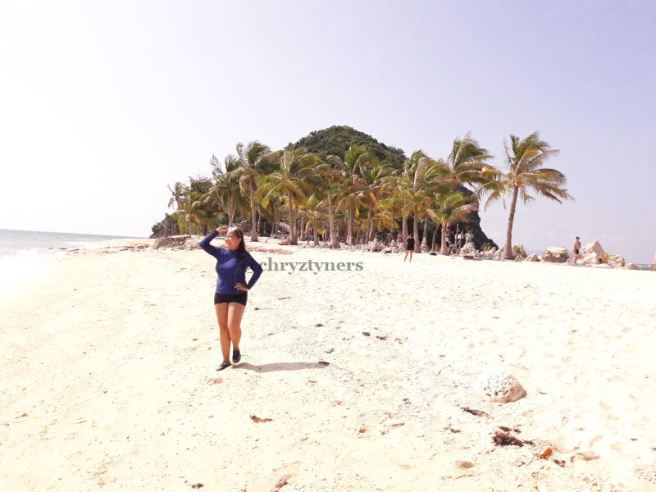 This little island also holds lots of photo opportunities and scenic spots. And because our tour guide was the best photographer ever (I say this with gratitude by the way!), we were able to have the most beautiful and Instagram-mable shots.

The old light house of the Islas is about 3kms from our resort.  We were able to get there by motorbike or habal-habal, which was actually the means of getting around in the Islas. 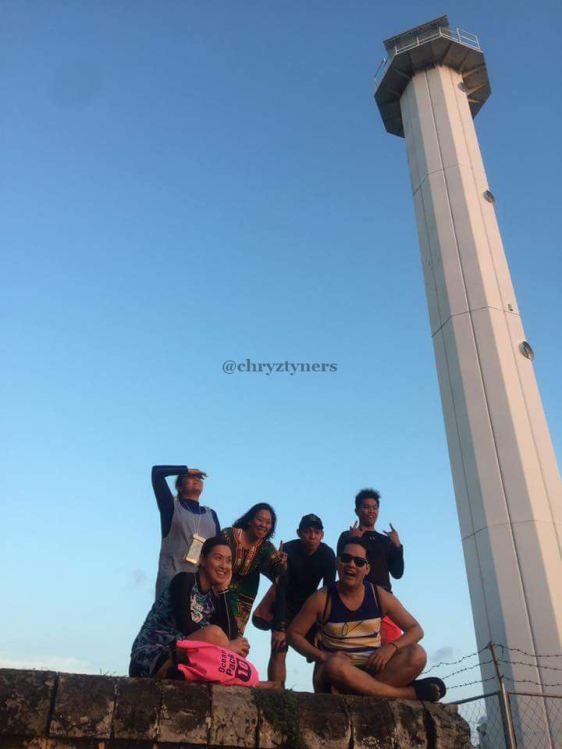 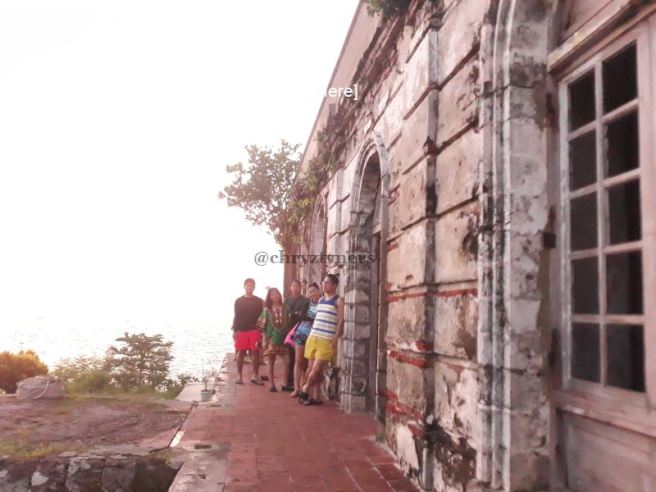 I said old, because the lighthouse dates back to when the Spanish were still in the Philippines in circa 1500s.  Although it was re-built during the Japanese occupation, some of ruins of the Spanish lighthouse are still present. 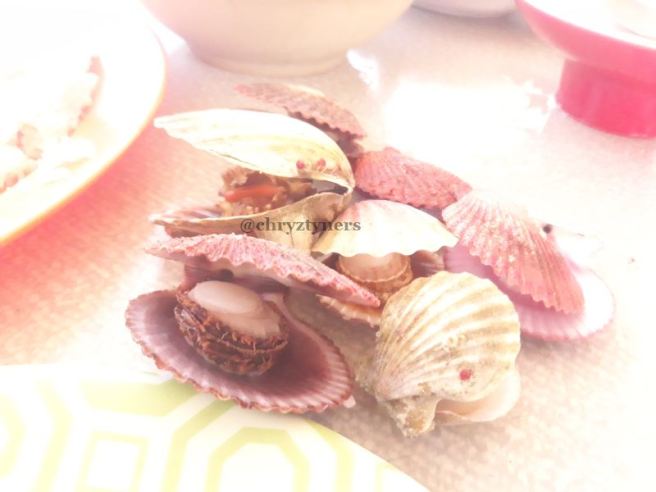 So let me go back to the scallops.  They actually sell these for cheap in the Islas. For only Php100, you can get a whole basket or kilo of these little shells. I like them better grilled, but you can also have them cooked in other ways.  We tried the buttered ones too, and either way, they are still yummy. 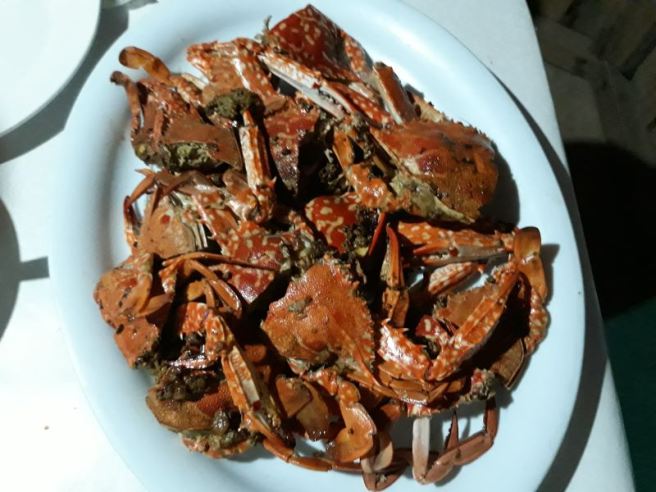 There are an abundance of crabs in the Islas. We had crab dinner during our last night in our resort.

Finally, before heading back to Carles, we stopped in this little island called Isla de Pandan.  It’s so little, as in right in the middle of the ocean, if you see a lone standing coconut tree, that’s where the island is. Or should I call it “islet” instead? 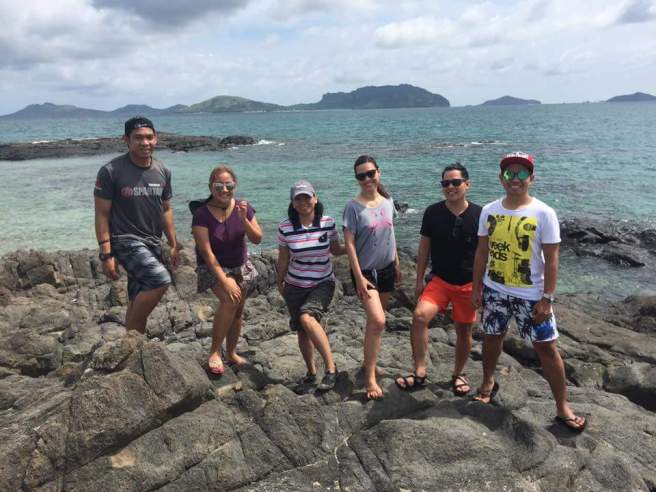 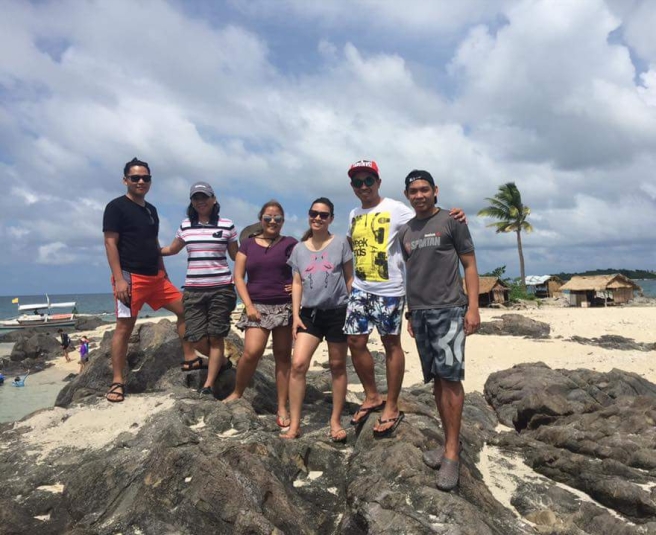 The resorts in the islands offer very basic accommodations.  Even the locals there have a simple way of living.  So if you plan to go to the Islas, expect a very laidback and simple beach trip.

Island hopping can be done in one day, so I guess my tip would be to maximize your time on each island. Keep it simple, relaxing, and fun.  That’s what we did, and we really enjoyed so much.

That’s all for now, I hope you enjoyed today’s blog post about the wonderful Islas de Gigantes. Have a fun Thursday!

One thought on “Laidback Beach Trip in the Islas de Gigantes”

Hi! Welcome to my beauty, travel, and lifestyle blog. I am a full-time lawyer and blogger. When work isn't too busy, I like writing about my travels, my experiences, makeup and beauty, and all things pretty. Thank you for dropping by and I hope you enjoy your stay. For any questions, comments, promos, events, blog post requests, or whatever, please contact me at chryztyners@gmail.com. Disclaimer: All my reviews are not sponsored by anyone (which means I paid for them), unless otherwise indicated. As such, all opinions are purely mine.
ALL RIGHTS RESERVED.

Check me out on Social Media