Have you been to Shanghai, China?

I’ve been there last New Year’s Eve as our stopover for our flight on the way back to Manila during my recent Europe trip.  China Eastern Airlines had this promo at the time wherein any layover beyond four (4) hours entitles one (1) passenger to a bunch of freebies.  We had three (3) choices of availing either a buffet meal voucher, a foot spa, or a City Tour of Shanghai.  Of course, we chose the City Tour! 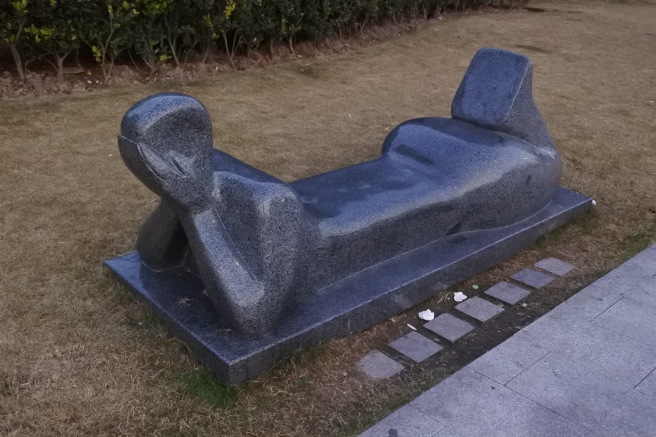 However, being a New Year’s Eve, there were some areas that were closed.  We were only able to see The Bund riverwalk, the Oriental Pearl Tower, and the Shanghai Old Street.

We were also able to taste the famous and yummy Yang’s Dumplings located just below the Oriental Pearl Tower. Man, those were some huge dumplings! Our tour guide ordered 2 servings for us with every serving having 4 dumplings each. We didn’t finish them, so full!

On the way to the main city from the Pudong International Airport, we also rode the Shanghai Maglev Train which is known to be the fastest commercial high-speed electric train in the world.  It runs for about 224 km/h, but we didn’t feel the speed at all.

By the way, the temperature in Shanghai was also the same as that in Italy (freezing at around 10C!), so I was glad I was suited up well!

Four hours in Shanghai is definitely not enough. There’s still so much to see and taste. But I’m glad we chose the free city tour option, it’s a bonus travel destination from our Europe trip.

Hi! Welcome to my beauty, travel, and lifestyle blog. I am a full-time lawyer and blogger. When work isn't too busy, I like writing about my travels, my experiences, makeup and beauty, and all things pretty. Thank you for dropping by and I hope you enjoy your stay. For any questions, comments, promos, events, blog post requests, or whatever, please contact me at chryztyners@gmail.com. Disclaimer: All my reviews are not sponsored by anyone (which means I paid for them), unless otherwise indicated. As such, all opinions are purely mine.
ALL RIGHTS RESERVED.

Check me out on Social Media